PUPP enjoyed an incredibly successful 2013, marked by the graduation of our 10thcohort of PUPP Scholars in June. At graduation, we celebrated the accomplishments of the 24 members of our class of 2013 and gave special recognition to Princeton’s 19thPresident, Shirley M. Tilghman. President Tilghman, who stepped down in June of 2013, was an enthusiastic advocate for PUPP and was our featured guest speaker at each of the first 10 PUPP graduation ceremonies. We sent her off on her “sabbatical year” with tokens of our appreciation of her leadership, including a PUPP water bottle, a “favorite” book from the Class of 2013 and hooded sweatshirt from our 2012 Fall College Tour.

Our class of 2013 set a new bar in college admissions – with three scholars matriculating into Princeton in the fall of 2013, and two each at Wesleyan and the University of Richmond. Others enrolled at some of our nation’s most prestigious institutions including, Colgate, Georgetown, Johns Hopkins, Occidental, Rutgers and Swarthmore. The full listing of college commitments is available on the web on the “results” page under the “about” tab.

Some general highlights for our 2013-14 school-year include:

This spring, we have an ambitious calendar of cultural events including:

In November 2013, we took 40 of our juniors and seniors on our annual, three-day fall college tour, with a special extended day for the girls to visit Mt. Holyoke and Smith Colleges. Stops for all included: 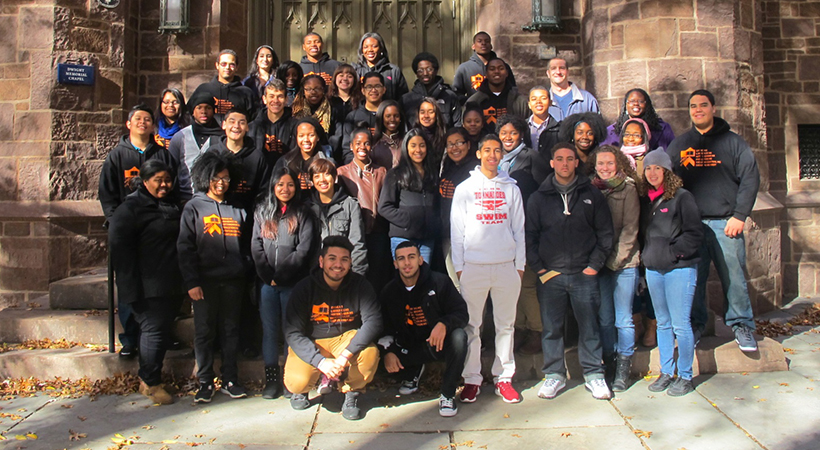 PUPP Juniors and Seniors on the PUPP Fall 2013 College Tour 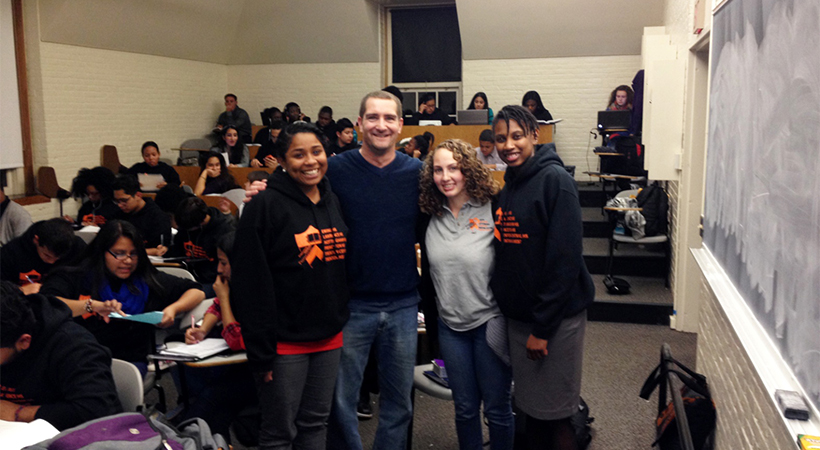 It continues to be incredibly satisfying to work closely with our current scholars as they develop their academic potential and begin to imagine themselves as college students and graduates.   An interesting twist in our work this year was the emergence of a concentration of PUPP scholar-athletes.   For years we have had a handful of varsity athletes in the program in the full range of high school sports – basketball, baseball, softball, wrestling, swimming, track and field, soccer and more. Some of our alumni go on to compete in college – we’ve had track athletes at Georgetown, the College of New Jersey, Notre Dame and Dickinson.   This year, we had a concentration of football players in PUPP – almost enough for a full offensive or defensive side!   One of the football players, Micheal Whittington, was recently featured in a local news article highlighting both his academic and athletic accomplishments. (And, his coach at Trenton Central High School, Tarig Holman, has been a member of the PUPP summer faculty for the past 6 years!)

We’ve helped our scholars turn their dreams into reality, and to dream new dreams.   And, we could not do it without the continued support of Princeton University, its alumni and our local corporate and foundation supporters.

If you have questions or comments about PUPP, or want to learn more about what we are doing, please take a look at our website – http://pupp.princeton.edu – and click on the PowerPoint presentation highlighted on the “News” section of homepage.   As always, feel free to reach out to me directly at jklugman@princeton.edu .